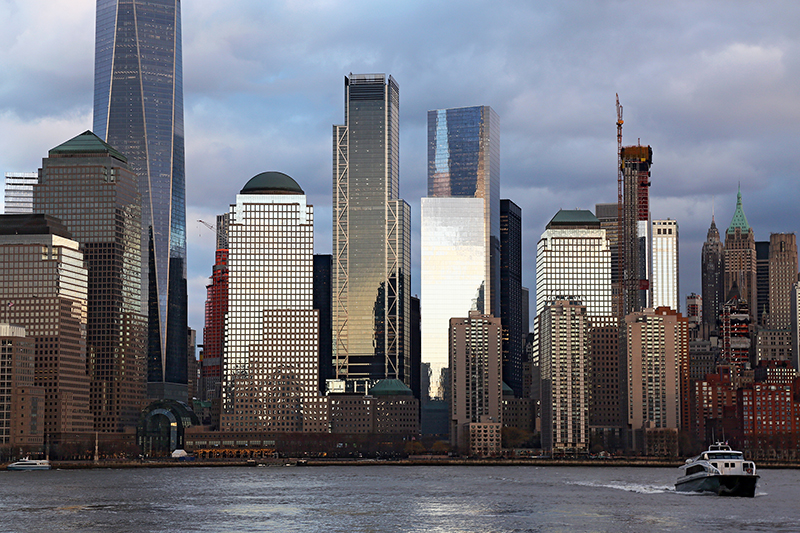 The fintech firm inked a 15-year deal for 136,000 square feet on the 74th to 77th floors of the 80-story tower, The New York Post first reported. The lease also gives Hudson River Trust access to a 5,000-square-foot outdoor terrace on the 76th floor of 3 WTC.

Asking rents in the building are in the $80s per square foot, a spokeswoman for Silverstein said.

Silverstein Properties’ Jeremy Moss along with a CBRE team of Mary Ann Tighe, Ken Meyerson, Evan Haskell, David Caperna, Adam Foster, Steve Eynon and Rob Hill handled the deal for the landlord. The tenant was represented by Sacha Zarba and Chris Corrinet of CBRE. A spokeswoman for CBRE declined to comment.

“Lower Manhattan is becoming the fintech center of America,” Moss said in a statement. “Hudson River Trading joins many other great fintech companies at the World Trade Center.” Those include Digital Asset, Morningstar and FastFin.

HRT, which was founded in 2002, currently has its headquarters in 69,000 square feet in 4 World Trade Center over two floors, according to Silverstein. It moved to the building in 2016 when it signed a 10-year lease to relocate from 32 Old Slip, as Commercial Observer previously reported.

“It’s so exciting to see companies such as Hudson River Trading grow and move within the World Trade Center,” Larry Silverstein, the chairman of Silverstein Properties, said in a statement. “This is the most accessible place in New York, and a major draw for the city’s top talent.”

The deal is the second this week at 3 World Trade Center. Online mattress startup Casper signed a lease to take 70,000 square feet over two floors in the tower.