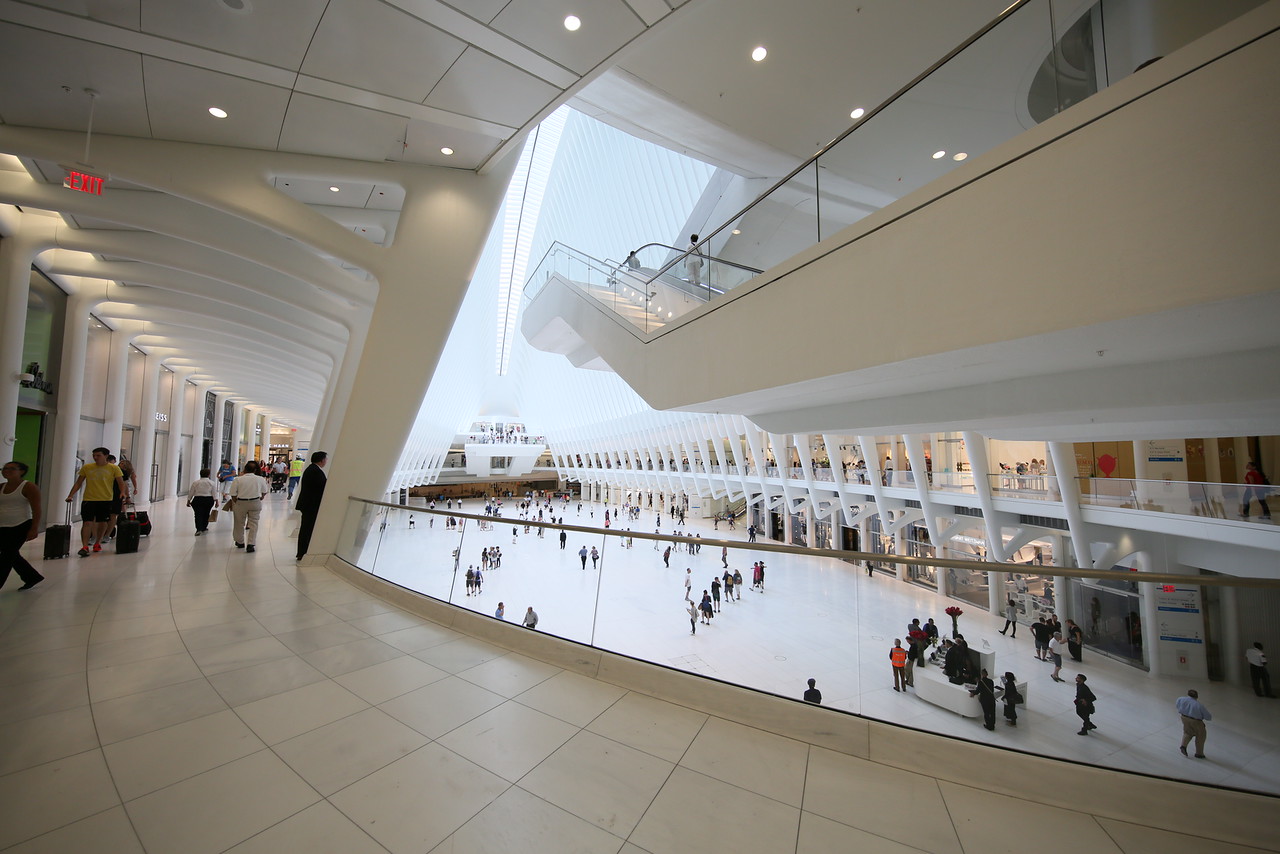 How Lower Manhattan Became the Most Happening Neighborhood in NYC

Lower Manhattan may be the oldest part of NYC, but it is now a new crossroads of commerce and creativity: More than 600 tech companies and a flock of media groups, including Condé Nast, HarperCollins, and Vox Media, have moved in next to long-established Wall Street firms. New residential skyscrapers challenge the old. But the biggest telltale sign for New Yorkers is the two retail powerhouses, Brookfield Place and Westfield World Trade Center, that anchor the scene. “Downtown has emerged as a model of what’s most dynamic about New York,” says Rob Vecsler, president of residential development for Silverstein Properties. “With the best restaurants, bars, shops, and parks, it’s where people want to live, work, and visit.”

After a 12-year wait, Westfield World Trade Center (185 Greenwich St.) opened with a splash on August 16. (Plans were in the offing before 9/11.) At the heart of this $4 billion, 350,000-square-foot retail site is the Oculus, the PATH terminal designed by Santiago Calatrava. The Spanish architect describes his bird-like instant landmark as a “sign of reconstruction, recovery, even peace.” Retailers and shoppers have proudly embraced the idea. “In 1999, Sephora World Trade Center was among one of our first stores in America,” says Celia Wing, SVP of real estate at Sephora. “We are glad to be a part of the lower Manhattan of the future, set to be one of the most dynamic areas in the city.

The center’s vast, light-filled hall—with 150 white ribs that soar 168 feet into the air—is already a selfies haven, and by year’s end, commuters and residents, young and old, will have their choice of some 125 stores: clothing boutiques for women (Dior) and men (Turnbull & Asser, Vince Camuto, Lacoste, John Varvatos), shoes (Cole Haan, UGG), jewelry (Links of London, Thomas Sabo, Roberto Coin), and other goods (Kate Spade, Sephora, Smythson). Restaurants and cafés include a branch of the gourmet wonderland Eataly. The Oculus also promises to interject culture into FiDi by offering arts events in the grand hall.

Manhattan luxury icon Saks Fifth Avenue now inhabits a second glamorous site, in Brookfield Place (230 Vesey St.), originally the World Financial Center. “We are thrilled to be the first luxury specialty store to open downtown,” says Marc Metrick, president of Saks Fifth Avenue. “We view this expansion as an important way to contribute to the continued revitalization of downtown.” Designed by Richard Found, Saks Brookfield features a gleaming white tower that fronts onto the 9/11 Memorial; radiating brass fins form a two-story veil that acts as a secondary storefront. This Saks sells more than 200 brands, 30 of which are unique to the store, including jewelry by Stéfère and Annoushka.

On the second level, a stunning mural by London-based Barry Reigate greets shoppers with free-flowing forms that play off the crisp architecture. This lavish outpost—complete with valet parking—anchors Brookfield’s other upscale retailers, including Michael Kors, Theory, Vince, DVF, Club Monaco, Jimmy Choo, and Wempe, plus 14 eateries, all in 300,000 square feet of retail space.

Brookfield is taking a 360-degree approach to serving its community, with an array of free presentations— music, dance, theater, and art—all overlooking the Hudson from the Winter Garden and the Waterfront Plaza. “As a native New Yorker,” says Theory founder and CEO Andrew Rosen, “I am proud our company is a part of Brookfield Place, igniting commerce in a neighborhood that is in the midst of major transformation.”

As more people work downtown (the area may net 40,000 more private-sector jobs by 2019), they’re also moving downtown, and developers are responding. The ’hood checks off a number of boxes, says Nathan Berman, president of Metro Loft Management, which redeveloped 180 Water Street into a luxury rental property: “lower rents, buildings with superior finishes and amenities, the best and most convenient public transportation in New York, and the youngest demographics.” A luxe makeover is also on display at the landmarked Woolworth Tower (2 Park Place, 212-418-1222), which now boasts 33 luxury condominiums on the top floors. Designed by Thierry Despont, there’s nothing five-and-dime about them.

The arrival of Thirty Park Place (212-608-0030) at the Four Seasons Private Residences clearly heralds the downtown shift. Designed by Robert A.M. Stern and developed by Silverstein Properties, it’s the area’s tallest residential building, with lower floors devoted to a 189-room hotel. Starting on the 40th floor are 157 residences, topped off on the 82nd story with a penthouse that offers four terraces and panoramic views. No doubt about it: Lower Manhattan is on the rise again—literally and figuratively.