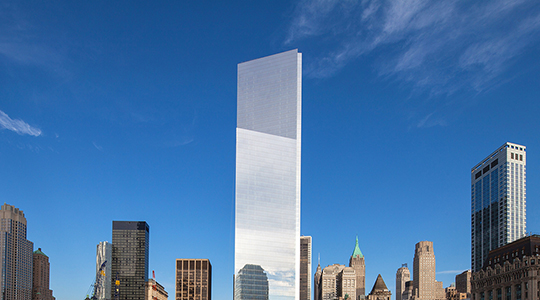 After the chef Joël Robuchon closed his Parisian import at the Four Seasons hotel in the summer of 2012, it was sorely missed. He indicated then that he would like to return. And in March, he will. But his new place will not be on the Upper East Side or in Midtown, which would have pleased the well-heeled cosmopolites who enjoyed sitting at the counter, and are often loath to venture south of 42nd Street for dinner. Line up the car service. The restaurant plans to reopen in Battery Park City, becoming the jewel in the crown of Brookfield Place, at the southern end of the complex. It will occupy an expanse of some 11,000 square feet, giving it room for the counter and table seating in L’Atelier, which will look like the London location. It will also have a bar and lounge, a first for Mr. Robuchon, and an outdoor area for drinks and small plates: 250 Vesey Street (West Street).