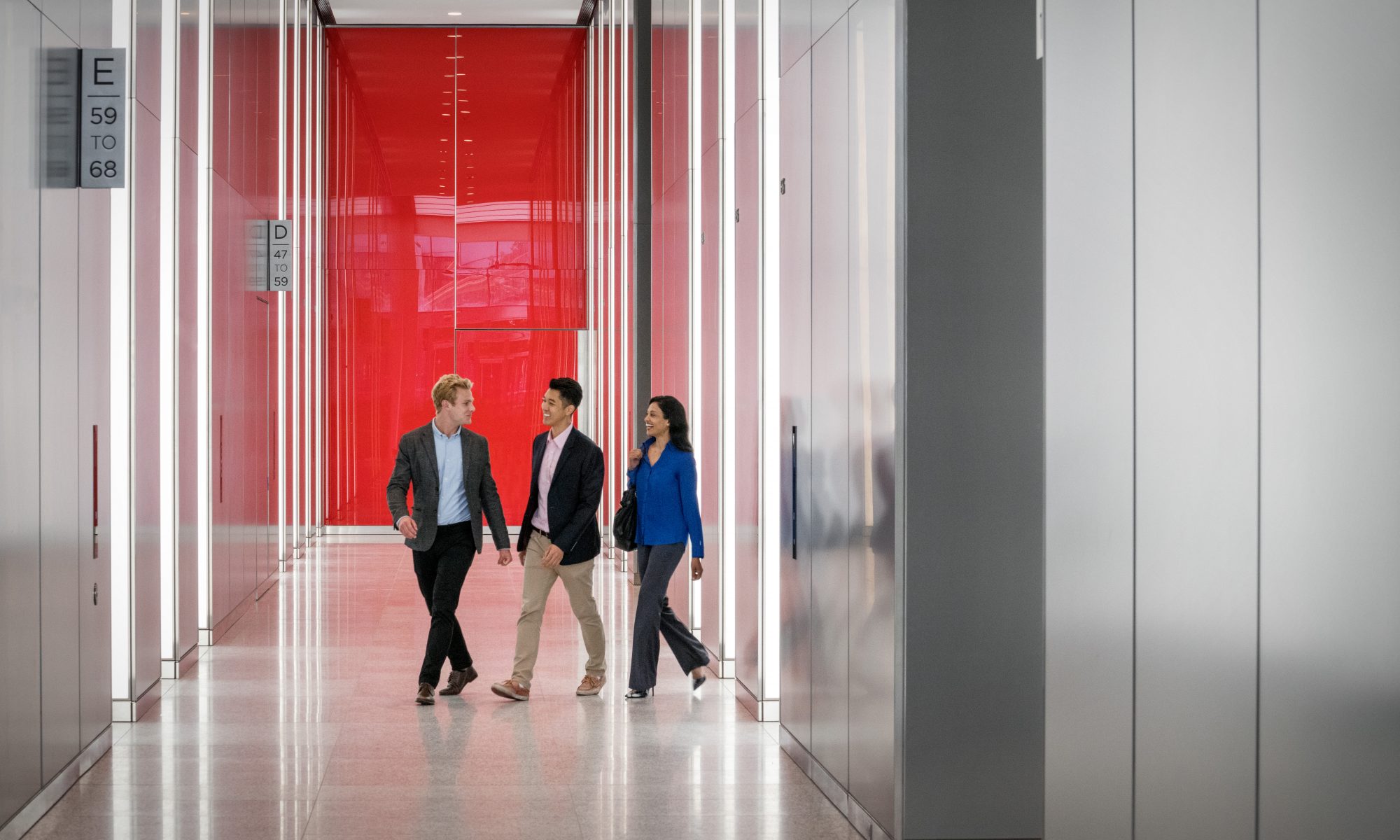 The first buildings that really wowed Larry Silverstein as a kid were the Empire State Building, Rockefeller Center, which was then known as the RCA Building, and the Chrysler Building — all which remain iconic parts of the New York City skyline.

“They were visible, they were big — you couldn’t miss them,” Silverstein told Metro. “Everybody always talked about going to the top of the Empire State Building or the RCA Building, but RCA wasn’t as tall. Those were the buildings that, as a kid, most impressed me.”

“I think of the fact that we’ve replaced the New York skyline after 9/11, which desperately needed replacing,” Silverstein said. “At the end of the day, I look out now, and it makes me pretty happy.”

Larry Silverstein: Eighty-seven’s not such a big number (laughs). But if you consider what’s transpired here the past 17 years, I can’t help but relish in the satisfaction in seeing most of this come together and be complete.

3WTC features Richard Rogers’ unique design elements, from the ladder-like exterior bracing to exposed escalators. Do you have a favorite feature?

There are a lot of favorite design features — it’s a very beautiful building. It’s completely different from the design, for example, of 7 WTC or One or 4 WTC. You can see the complete dichotomy in architectural language, and it’s powerful. They’re so totally different.

What’s next for the WTC site?

The only two physical aspects of rebuilding the Trade Center yet to be done is the Ronald O. Perelman Performing Arts Center, which is under construction now adjacent to 7 WTC and by the end of 2020 or 2021 will be finished.

What do you hope your legacy is as a city developer?

I just want people to look back at what we’ve done and conclude that we did a good job, that we did the best we possibly could have done, that it’s first-class and serves the needs of the public for many, many generations to come. That’s really the name of the game at the end of the day.

In conjunction with the opening of 3WTC, Silverstein Properties commissioned vibrant murals from five artists around the base of 2WTC, which was kicked off by Chinon Maria’s “Vesey Street” and is a continuation of mural commissions on the 69th floor of 4WTC.

“We’ve always recognized the importance of art,” Silverstein said. “It affects people, the way you think, the attitude of people. It makes for a dimensional life that is unique and enormously special.”

Todd Gray, whose pop-art piece can be found just across from Oculus, said, “it’s the honor of all honors. I feel like I’ve been gifted this amazing site, it’s really quite humbling.”

Having the prominent 2WTC canvas is “unreal” for Risa Tochigi, aka BoogieRez. “I remember going to the Twin Towers in ’88 and to be able to do art here, like this, I’m still in awe. I feel like I’m dreaming.”