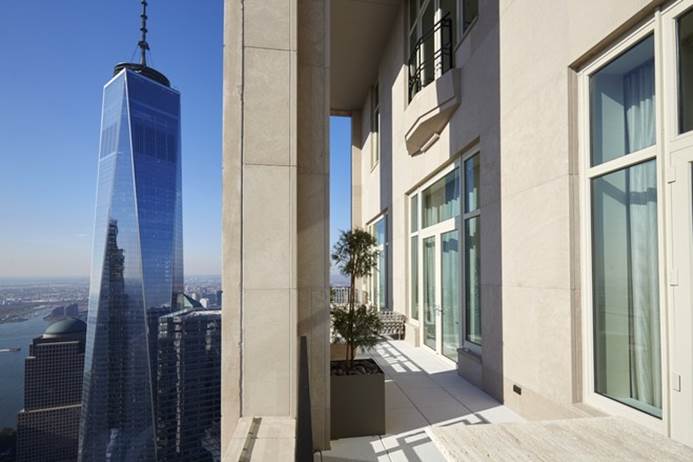 Luxury-Condo Market Is Starting to Rebound In Downtown Manhattan

On the upper floors of a cast limestone tower known as at 30 Park Place, in the heart of downtown, signs point to a resurgence in Manhattan’s sluggish luxury-condominium market.

During November, Silverstein Properties Inc., the developer of the tower near City Hall, signed contracts for five new condos costing between about $20 million and $26 million. Sales for the month totaled $110 million.

In all of 2016, only 11 other condos closed for more than $20 million below 34th Street in Manhattan, according to city deed filings. Other downtown developers are also reporting a rebound in sales and showings.

This surge reflects the growing popularity of downtown as a place to live, brokers say, as new celebrity-chef restaurants opened, and the construction fencing came down around much of the World Trade Center site. The opening this year of the Oculus transportation center and its associated shopping hub have given the neighborhood a touch of panache.

But brokers say the shift could prefigure a broader uptick in the Manhattan luxury market, as the economy strengthens and foreign buyers look to New York for an investment haven in world beset by uncertainty, despite the strong dollar.

Luxury sales had slowed beginning in the second half of 2015, as a wave of expensive condominiums came on the market. This spring, activity had so slowed down in a sliver of Midtown sometimes called Billionaire’s Row that the developers of one tower, at 111 West 57th St., decided to delay a sales campaign for up to a year.

But downtown, there are green shoots. In late October, one of the last remaining units at the 60-story condo at 56 Leonard St. in Tribeca, went into contract. It was listed for $34.5 million.

At the Greenwich Lane, a condominium on the site of the former St. Vincent’s Hospital, a buyer signed contracts in early November for two condo units that will be combined, at a list price of $33.9 million. A few weeks later, a deal on a 7,051-square-foot apartment there listed at $25.25 million was signed.

Some of the rebound in sales is being attributed to new deals signed in condo projects that have finally opened their doors.

“We have a building where a year ago it was just a rendering with some broker giving you a pitch,” said Ben Shaoul, president of Magnum Real Estate Group, who along with CIM Group has developed One Hundred Barclay, a condo created in upper stories of an art deco building in 1927 for the New York Telephone Co.

Work on the tower was begun before the financial collapse in 2008, only to resume in 2013. During that period, the area near City Hall underwent a transformation as office and loft buildings were converted to residences.“It is a downtown a lot of us didn’t expect in 2007,” said Melissa Ziweslin, a managing director at Corcoran Sunshine Marketing Group, who is overseeing sales at 30 Park Place. “Our timing seems to be right on.”

At 30 Park Place, a model duplex on the 78th and 79th floors rivals some of the grand apartments on Fifth Avenue facing Central Park, with five bedrooms, six bathrooms, a reception room, a dining room, and a 49-foot-wide terrace.

The apartment is listed at $32.5 million. While enormously expensive, it is priced below the high-floor penthouses on and around Billionaire’s Row, giving downtown an advantage as offering a more affordable superluxury.

Brokers say that one factor might be a newfound willingness of some developers to cut deals. At 87 Leonard Street, a condo conversion in a landmark cast-iron building, an apartment that had been listed for $8.75 million went into contract in November soon after the asking price was trimmed by $1 million.

Shaun Osher, the founder of brokerage CORE, which had the listing, said the project showed downtown had changed and “become one market all the way from 34th Street to the tip of Manhattan.”

As to the price cut, he said: “The moral there is you can overprice product in any market.”