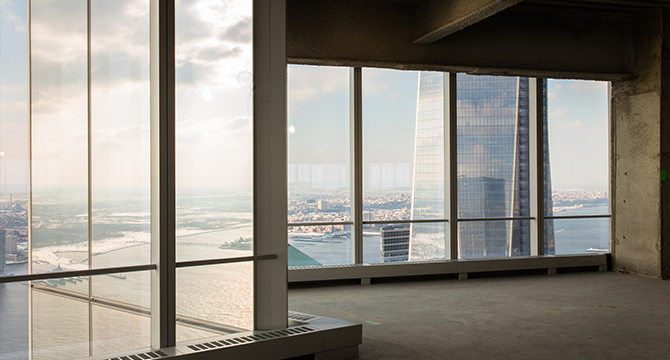 The investment-research firm is taking 30,000 square feet (2,800 square meters) on the tower’s 48th floor, with plans to occupy the space in mid-2015, Silverstein said today in a statement. Morningstar is moving from 1065 Avenue of the Americas in Midtown, where it has about 7,500 square feet, Dara McQuillan, a Silverstein spokesman, said in an interview.

The agreement brings occupancy at the 2.3 million-square-foot skyscraper to about 55 percent, McQuillan said. The 72-story building, which opened in November, got its first non-government tenant in July, when digital-advertising company MediaMath Inc. agreed to rent 106,000 square feet. Silverstein is benefiting from a jump in demand for offices in lower Manhattan, where 1 World Trade Center, the Western Hemisphere’s tallest building, is set to open by year’s end.

“We’re excited to expand our footprint in New York by leasing space in such a beautiful building,” Joe Mansueto, chairman and chief executive officer of Chicago-based Morningstar, said in the statement. “Moving downtown allows us to double our capacity for staff” in the city.

He said the company conducted an extensive search before deciding on the skyscraper, designed by Fumihiko Maki.

Lower Manhattan’s vacancy rate of 10 percent at the end of June was lower than Midtown’s 11 percent, which is a rarity, according to brokerage Cushman & Wakefield Inc.