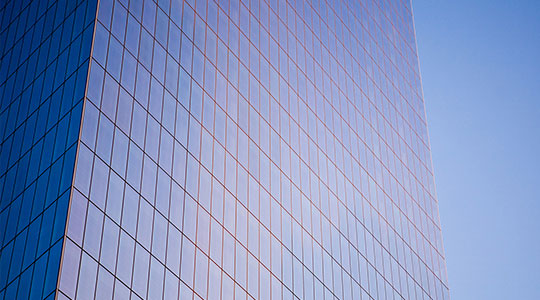 Morningstar Inc., the investment reporting and research firm, is moving to lower Manhattan.

The company has signed a 10-year lease for 30,000 square feet at 4 World Trade Center, the 72-story, 2.3 million-square-foot office tower that developer Silverstein Properties opened earlier this year. The firm will be relocating from 1065 Sixth Ave., where it has 7,500 square feet, and will almost triple its office space in the transaction.

The company is taking a portion of the tower’s 48th floor. It will move into the space sometime in mid-2015, Silverstein Properties announced Thursday.

The landlord did not disclose how much rent Morningstar will pay, but Silverstein has been asking in the $70s and above per square foot in the Fumihiko Maki-designed building. “The new World Trade Center is open, and great companies want to be here,” Larry Silverstein, founder and chairman of Silverstein Properties, said in a statement. “After all the years of planning and building, the future has finally arrived at the World Trade Center, just as lower Manhattan is reaching its full potential as the world’s most dynamic and modern live/work community.”

The deal is one of several at the World Trade Center site in recent months, and the second significant private sector lease at 4 World Trade Center. In July, Silverstein Properties completed a deal to have MediaMath take over 100,000 square feet at the property.

The 4 World Trade Center tower is anchored by offices for the Port Authority of New York and New Jersey and other city agencies, totaling more than 1 million square feet.

“We’re excited to expand our footprint in New York by leasing space in such a beautiful building,” Joe Mansueto, chairman and CEO of Morningstar, said in a statement. “Moving downtown allows us to double our capacity for staff in New York.”