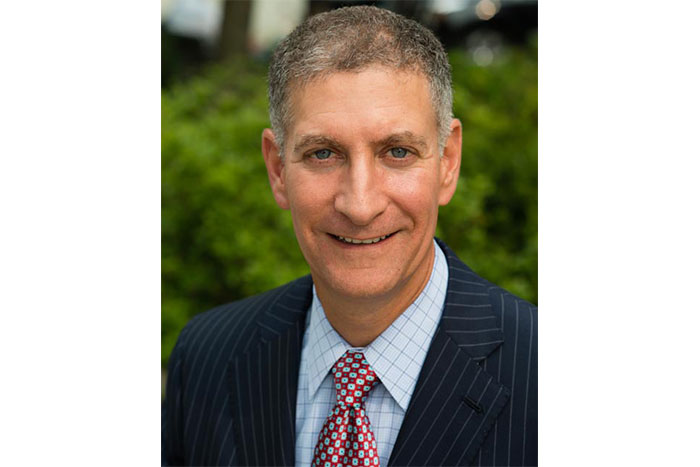 “Our district and national councils are the foundation for ULI’s collective impact. They make an incredible difference in the quality of our work and the fulfillment of our mission. We are delighted that Marty will be leading ULI New York and building on its achievements as one of our most successful district councils,” said ULI Global CEO Patrick L. Phillips. “We will all benefit from his considerable talent, industry expertise, thoughtful guidance, and steadfast commitment to our organization.”

As one of the leading voices in New York City and global real estate, Burger has been a ULI member since 1995 and has served on ULI New York’s advisory board since 2014. He is also a global ULI trustee, a governor of the philanthropic ULI Foundation and chairman of one of ULI’s Urban Development/Mixed-Use Product Councils. Burger was a co-chair of the host committee for ULI’s 2014 Fall Meeting held in New York City and this year served on the jury for ULI New York’s first-ever Awards for Excellence in Development.

“It is an incredible honor to lead ULI New York and continue serving an institution that has had such a positive impact on development and on my own career,” said Marty Burger, CEO of Silverstein Properties and incoming chairman of ULI New York. “I thank Bob Lieber for being one of the true leaders of our industry. He will always be a valued ULI colleague and friend.”

Burger’s experience in local and global development makes him eminently qualified to take the helm at ULI New York, which serves as the top forum for New York’s real estate professionals and advocates for best practices in responsible land use and development across the state. Burger will work closely with the advisory board, management team, and volunteer members to ensure that ULI New York continues to serve as a trusted resource on land use and development policy for the public sector.

“As one of the savviest, most creative and talented executives in real estate, Marty Burger is a terrific choice to be the new chairman of ULI New York,” said New York City Deputy Mayor Alicia Glen.

“Bob Lieber transformed ULI New York during his time as Chair. Under his leadership, ULI New York has become an essential forum for discussion among real estate industry experts, advocates and public policy makers,” said Carl Weisbrod, New York City Planning Commission Chairman. “He brought ULI expertise to several community planning endeavors, including a number sponsored by the Department of City Planning. Bob has consistently highlighted that investments in infrastructure are needed to support responsible, sustainable growth. He is a strong voice for affordability, and for New York City, which he served with distinction in the public sector. We’re confident that as Marty Burger takes the helm, we will continue to work collaboratively with ULI and its strong leadership team headed by Felix Ciampa.”

Burger was named CEO of Silverstein Properties in 2014 following his work to expand Silverstein’s global reach through new acquisitions and joint ventures across the world. As CEO, he leads the company’s day-to-day activities and continues to oversee efforts to develop new projects in China, Eastern Europe and Israel. Prior to joining Silverstein in 2010, Burger was president and CEO of Artisan Real Estate Ventures, a company he founded in 2006. He previously spent 15 years as an Executive Vice President at Related, and also spent part of his career at Goldman Sachs and The Blackstone Group.

In his new role for ULI New York, Burger will build on the work of current chairman Robert C. Lieber, who was instrumental in organizing the highly successful ULI Fall Meeting in New York City in 2014 and who brought the organization to the forefront of policy discussions on transit infrastructure and community growth.

“It has been an absolute pleasure working with Marty, he is a real leader in our industry and in our region and I can’t think of a better person to carry the torch,” said Robert. C Lieber, executive managing director of C-III Capital Partners and outgoing chairman of ULI New York. “I am proud of the work we have accomplished together over the past three years and I know the best is yet to come for ULI New York and its members.”

Under Lieber’s leadership, ULI New York in 2015 released a landmark transit infrastructure report, “Keeping New York on Track,” that raised awareness around the importance of fully funding the MTA Capital Program. Prior to that, ULI New York launched its Technical Assistance Panels (TAPs) program, completing two TAPs for the NYC Dept. of City Planning in 2014 that offered recommendations for mixed-use development and zoning and streetscape improvements in neighborhoods in the Bronx and Brooklyn. Most recently, Lieber oversaw the launch of ULI New York’s inaugural Awards for Excellence in Development, a showcase of outstanding projects that are driving innovation in development and placemaking across the state, which were announced on March 10, 2016.

About ULI New York
ULI New York provides leadership in the responsible use of land and in the creation of sustainable, thriving communities. ULI New York promotes an open exchange of ideas, information, and experience among industry leaders and policy makers dedicated to creating better neighborhoods. ULI offers in-depth analysis of current land use issues and educates real estate professionals on the impact of land use policies on the City’s future. The organization also invests in the professional and personal development of the next generation of community and real estate industry leaders. ULI New York carries out, at the local level, the mission of ULI, a global non-profit headquartered in Washington D.C with more than 38,000 members worldwide. For more info, visit http://newyork.uli.org.