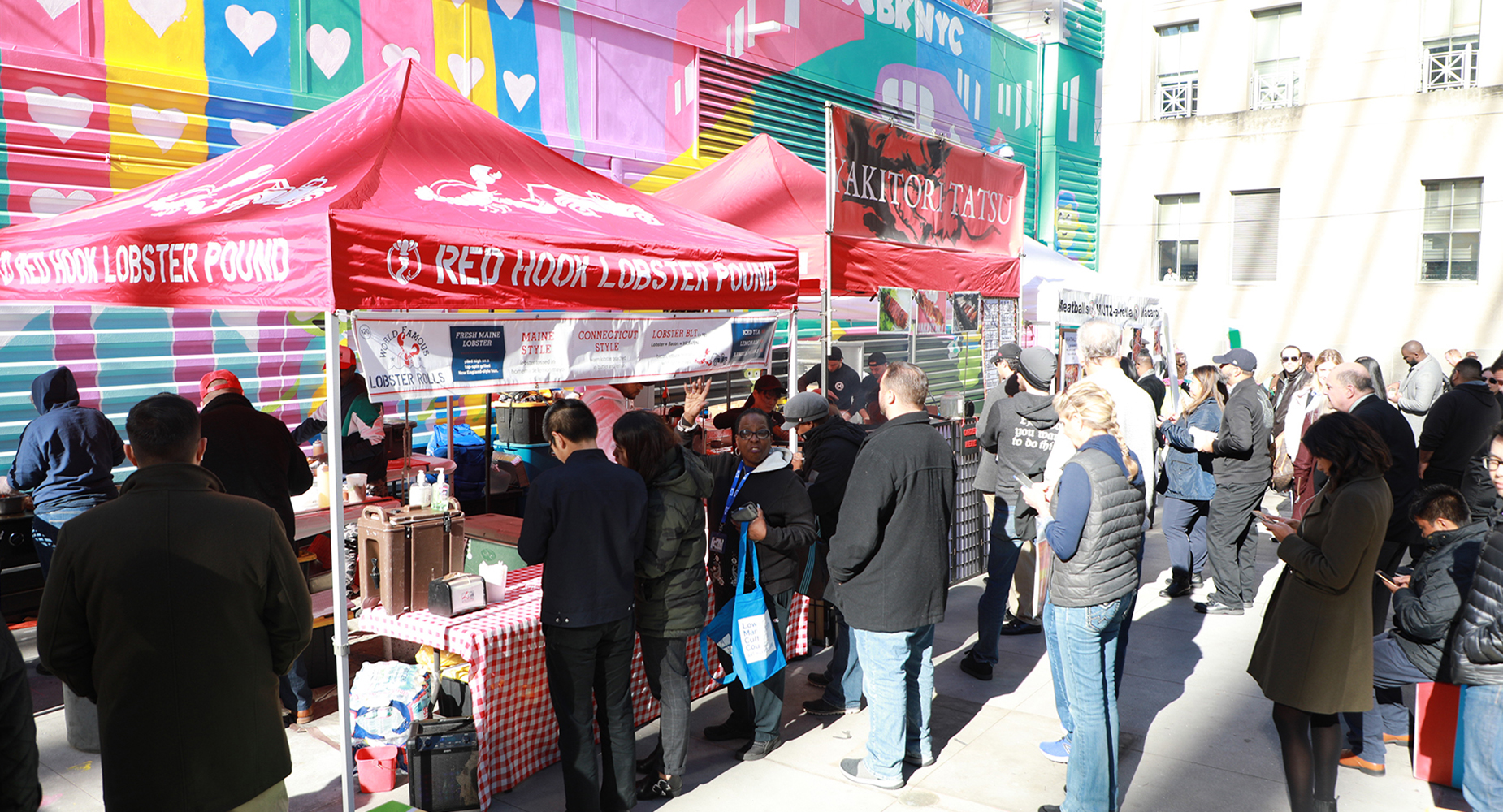 Smorgasburg is coming to lower Manhattan for three days

Smorgasburg isn’t done with Manhattan quite yet. After the closure of the Soho Smorgasburg earlier this year, the Brooklyn-based food festival will land in the Financial District for three days later this week. Situated right on the Oculus plaza near the World Trade Center, Smorgasburg will run Thursday, November 8th through Saturday, November 10th, from noon to 7pm.

On Thursday, the event will kick off with a block party containing live music, a beer garden and children’s activities, and the food vendors will be purveying their goods all day Thursday, Friday and Saturday.

This announcement comes on the heels of the Smorgasburg night and weekend markets opening this fall and winter. Every Friday night, Smorgasburg has teamed up with Vice to host a night market with food and entertainment, while on weekend days, the market has moved indoors to the Atlantic Center mall in Fort Greene.

The twenty food vendors include: