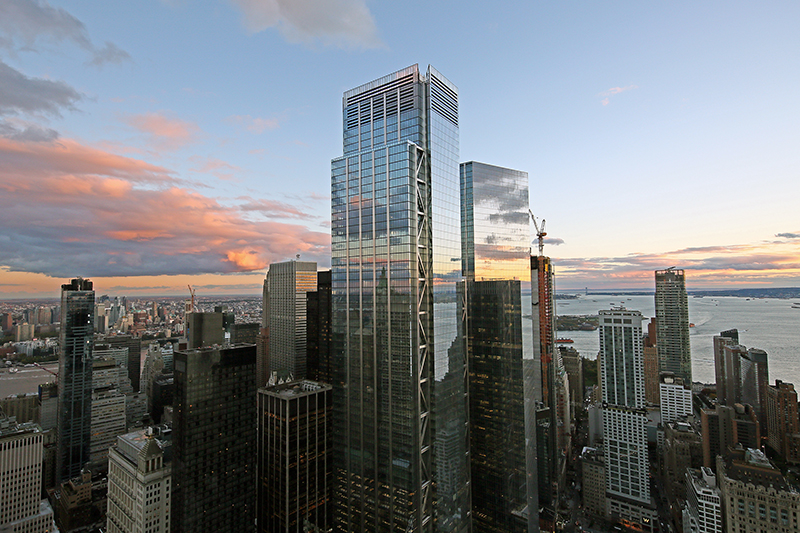 The British-based company inked a 15-year lease for 87,000 square feet on the 41st and 42nd floors of Silverstein Properties’ 80-story, 2.5-million-square-foot tower, as The Real Deal first reported. Asking rents in the building are in the $80s per square foot, according to Silverstein.

“[Diageo} builds on a trend of companies like Samsung and Cadillac that have been moving into the city and specifically Lower Manhattan,” Moss said. “They get visibility here. They get access to young creative talent. They get to occupy really cool office space and the neighborhood is filled with amenities.”

Diageo, which has more than 200 alcohol brands under its umbrella, plans to invest $31 million into its 3 World Trade Center digs and move 500 employees there from its offices in Norwalk, Conn., and 530 Fifth Avenue, according to an ESD press release. It expects to move in 2020.

“One of the things that we’re taking special delight at the trade center is watching these world-class brands, whether it be Group M or Spotify or McKinsey [& Company] and now Diageo, the worlds largest make their home at the Trade Center,” Tighe said. “The diversity of uses coming into the building are staggering.”

The state has also offered up to $6.6 million in tax credits under the Excelsior Jobs Program, the same initiative that will give the bulk of the subsidies for Amazon’s Long Island City, Queens offices, per the release.

Diageo’s deal is the third this week for Silverstein Properties at the recently opened 3 WTC: Fintech firm Hudson River Trading signed a lease for 136,000 square feet and online mattress startup Casper inked one for 70,000 square feet.