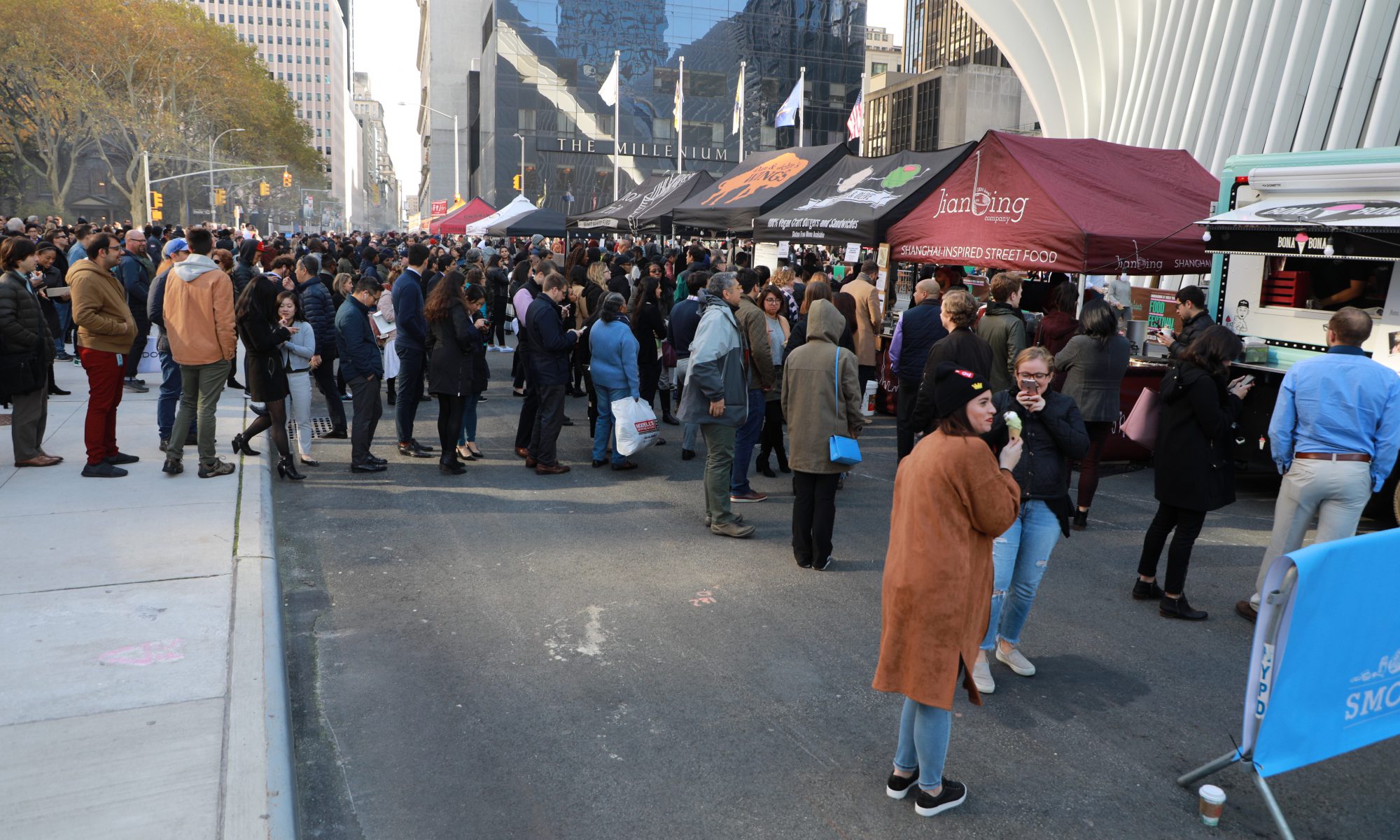 The festivities will start Thursday and run through Saturday from noon to 7 p.m. thanks to a partnership between the Port Authority and Smorgasburg, the largest outdoor weekly food market in the country.

A block party, complete with music, a beer garden and family-friendly activities, is set to kick off the event. Meanwhile, on Friday and Saturday, Smorgasburg will operate a curated version of its food market with about 20 vendors at the location.

The event is part of the Port Authority’s goal to have the World Trade Center Campus host “dynamic community events following the successful Subway Series Viewing Party held in July on Oculus Plaza at which participating food trucks proved popular with attendees,” the Port Authority says.

“The Port Authority takes its stewardship of the World Trade Center very seriously and clearly understands the importance of continuing its evolution from construction site to a living campus welcoming millions of annual visitors,” said Port Authority Chairman Kevin O’Toole in a press release.

“The three-day Smorgasburg festival is another step forward in our effort to integrate the site into the downtown community and to provide a family-friendly destination that will attract tourists from around the region and the world,” O’Toole further explained.

Rick Cotton, the Port Authority executive director, shared similar sentiments, saying: “We are deeply committed to ensuring that the World Trade Center serves as a place of remembrance, but also as a welcoming, dynamic hub for creative, cultural and community activities for the Lower Manhattan community.”